Make Sure You Are Enjoying the Sport!

There probably isn’t a tennis player out there that hasn’t struggled with motivation at some point, especially junior players.

There are days where you might not want to get out of bed and go to the courts early in the morning. Tennis can be very taxing on an individual physically, but there is also a mental and emotional toll that it takes on you which is often forgotten about.

There aren’t many sports that require as much practice during the junior years as tennis does. The constant need to continue practicing to see those improvements can put a great deal of pressure on someone who is very serious about tennis. I was one of those junior players myself. Although I didn’t have much formal coaching in my early years of the sport, I still found time just about every day to hit.

For me, it was mostly about 2 hours off of a ball machine every day at the Swanson Tennis Center after school. There just wasn’t anyone to hit with most of the time. Although these were some very fun hours grinding on court, it became a bit monotonous and boring after a while. I found that I wasn’t really enjoying the time that I was spending on court as much. This has probably happened to just about every tennis player out there and it is important to keep a few things in perspective when you find yourself training so hard hour after hour on court.

Remember what is most important

Sometimes people need a reminder that tennis is just a sport, and the main priority of playing sports is for enjoyment. Having fun should always be at the forefront of the sport, I realize that might sound trivial, but it is so easy to lose sight of that when juniors are putting all these hours into practices and matches. As soon as practices seem like they are getting a bit stale, something needs to change to increase enjoyment!

Oftentimes having fun is dependent on winning and losing for the player. This means that they are only going to have a good time if they end up winning at practice or win the tournament. Winning and losing shouldn’t have such a large impact on the enjoyment of the player. Unfortunately, most of the time, that is the way that matches and practices are viewed.

Ask yourself if you are putting too much emphasis on winning and losing when you go to practice. For me when I was growing up, the answer was a resounding “yes.” If you can change your mindset, even just slightly, away from the outcome and more towards enjoying the time spent on court with your friends, you will have so much more fun and will play better in the process as well.

As I talked about earlier, tennis requires a lot of time and effort to keep improving and just as important, to “keep the rust off.” There aren’t many other sports that require that much effort just to maintain certain levels of play. All of these compounded hours can definitely have an effect on motivation levels. If you find yourself struggling with getting out there and working hard at practice, consider taking a short break from the sport to recharge a little bit.

A break from the sport can vary in length. It could be a couple days off or a couple weeks off, depending on the individual. You might come back a little rusty, but that could be shaken off in a short amount of time. The best advantages of taking a short break are that you will come back feeling motivated and ready to work hard and improve! It is definitely worth the short break if you are starting to feel unmotivated.

Specialization has its advantages…but also has its drawbacks

I am a firm believer that kids should consider playing other sports for as long as they can while growing up. I understand that playing one sport and just focusing on that specific sport can give that person more time to hone and improve their skills, but I also think that playing a variety of sports is very important as well. Like I talked about above, playing another sport gives you a short break from tennis. Even if you are still playing tennis every day, you won’t be spending every waking moment that you have playing just one sport.

When I was growing up I played just about every sport, but stayed with soccer and tennis throughout high school. Playing tennis for 10 months of the year was enough for me, and focusing on soccer a little more during the season gave me a nice breather from tennis. Other sports also help the athlete develop a different set of athletic skills; balance, strength, speed, agility, and coordination are just a few. All of these physical attributes that can be developed through other sports have their place in the game of tennis. These attributes will carry over across sports whether you know it or not.

I can always tell if someone plays other sports or has played other sports when I watch them play tennis. Usually they move more athletically and have better balance, but the most important thing is that they learn the game and improve much faster than someone who has only been playing tennis for their whole life. They have that strong athletic base of skills to pull from because of their development in other sports in their lives.

I think that there does come a time where someone might need to switch to one sport and focus on that more intently. It usually happens for multi-sport athletes at the collegiate level. Spending a little extra time just focusing on one sport has its benefits. You’ll have more time to focus on the different skills required to excel at the game. Having that underlying base of athletic skills from playing multiple sports only expedites the improving process, and that is why I think that players should consider playing other sports while growing up for as long as they can.

Remember that tennis is meant to be fun! Try to be honest and see if you are really enjoying yourself when you are out there putting in all those hours. Hopefully you are, but if you aren’t, that’s okay. It doesn’t mean that you hate tennis or that you are a bad player, you might just need a short break. It is something that all players need from time to time! 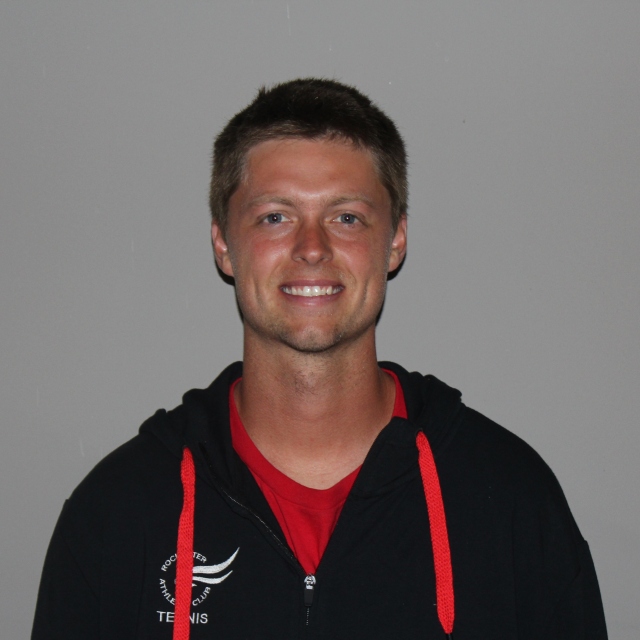 Mitch grew up playing tennis, soccer and basketball in Saint Peter, MN. He graduated from Gustavus Adolphus College in 2016 and played on the Men’s tennis team for 4 years. After graduating college he earned a Master’s Degree at the University of Minnesota, Mankato for Sports Psychology. He has been the men’s assistant coach at Gustavus for the last 3 years. Mitch has taught for the recreational department in his hometown, has been coaching at Nike Tennis Camps at the University of Minnesota for the last 4 years, and has taught tennis lessons at the Swanson Tennis Center in Saint Peter for the last 7 years. He loves to compete in almost any sport that he can, especially racquet sports like tennis, badminton, pickleball, or racquetball!